At number seven in our top cities for bleisure travel in 2019 is San Francisco, the first of four American cities within the top 20

A city known for its cultural diversity and entrepreneurial spirit, San Francisco is popular with tourists and business travellers alike. Ranked as the world’s 3rd most innovative city, the Bay Area is home to Silicon Valley and some of the largest tech companies in the world, including Google, Facebook and Apple. From biotech and cleantech to its financial and professional services, San Francisco is a global hub for cutting-edge business. And with some of the world’s most popular tourist attractions, including the Golden Gate Bridge and Alcatraz prison, this is a city not to be missed. So if you’re travelling to San Francisco on business in 2019, and have some time on the side for a bit of leisure, let Selective Travel Management guide you on the City by the Bay... 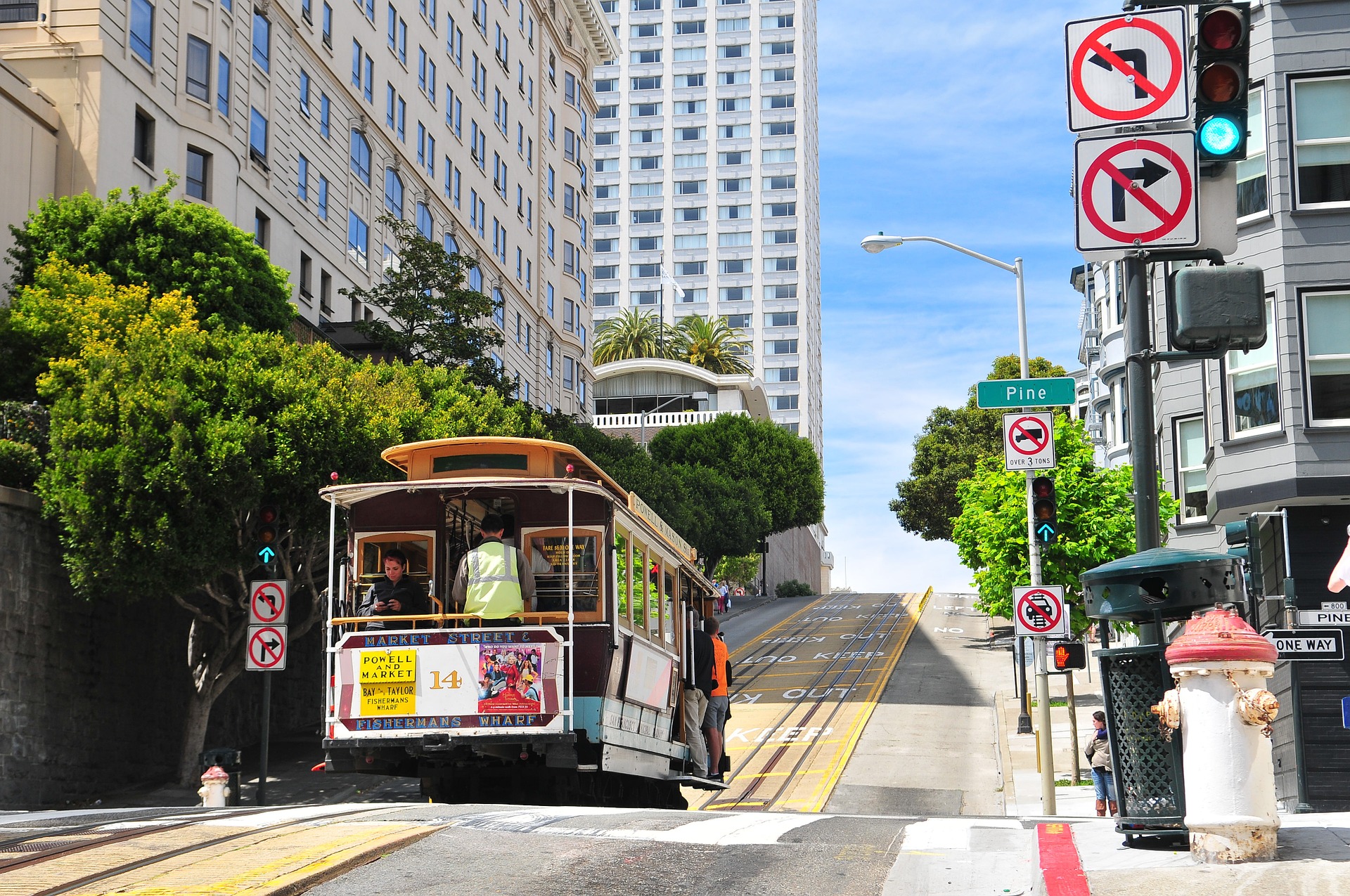 The 7th most visited tourist attraction in the world in 2018, the Golden Gate Bridge is instantly recognisable as the most famous landmark in San Francisco. Stretching 4,200 feet and towering as high as a 65-story building, visitors can cross the bridge and observe magnificent views over the city and Bay Area. Tip: it is best to visit the bridge in the winter months as fog often rolls in from the Pacific Ocean during the summer making the bridge difficult to see.

Another of San Francisco’s most popular attractions, visitors can ride a ferry out to Alcatraz Island 1.5 miles off the shore to visit the famous military and later federal prison. Famous inmates included Al Capone and murderer Robert Stroud. Visitors can choose between audio tours and guided tours. Booking in advance is highly recommended.

Cable Cars were introduced in San Francisco in 1873 to aide movement around the city due to its natural hilly terrain. Now deemed a historical landmark, 3 of the 23 cable car lines remain covering 17 miles of track in the city. As a transport system that is unique to San Francisco, a ride on the cable cars is a must.

Some might recognise the iconic Fisherman’s Wharf sign with a crab at its centre. This waterfront area contains a range of hotels, attractions, speciality restaurants, unique shops, picturesque scenery and entertainment. Pier 39, the most famous of the piers in San Francisco, also has a number of shops, restaurants and attractions including the famous Californian sea lions. The ferry building marketplace is also along the sea front and offers a variety of artisan food and delicacies for sale.

Oracle Park is home to the San Francisco Giants major league baseball team, one of the most famous teams in the league. A baseball game here is not to be missed as nearly 42,000 fans fill the stadium creating an electric atmosphere.

For a more relaxed atmosphere, check out Golden Gate Park, a place of tranquillity away from the hustle and bustle of the city. With a number of gardens, lakes and attractions there is plenty to see and do. Highlights include the Japanese Tea Garden, the California Academy of Sciences, the Deyoung Museum, the Aquarium, Strawberry Hill, the Windmill and the Buffalo Paddock.

Other popular museums outside the park include the Walt Disney Family Museum, where you can learn about the history and origination of Disney and its characters; the San Francisco Museum of Modern Art, which showcases 7 floors of art and exhibitions; and the Asian Art Museum, which houses over 18,000 artefacts. If you are more interested in views of the city then make sure to check out the Twin Peaks (best place to watch the sunrise) or Coit Tower, which has a 360° viewing platform at the top of the 212ft tower.

8. Explore one of the neighbourhoods

As such a multicultural and diverse city, San Francisco has a number of different neighbourhoods that are ready to be explored. Chinatown is the oldest and one of the largest in the United States and is described as ‘a city within a city’. Haight-Ashbury also known as the hippy district has an array of Victorian houses and shops that sell vintage clothing, books and records. Nob hill is home to Lombard Street ‘the crookedest street in the world’ and is a top tourist attraction. The Castro has a number of trendy stores and outdoor cafes and embraces its status as the ‘gay capital of the world’.

Union Square is the most visited neighbourhood in San Francisco and is in the heart of the shopping and hotel district. With everything from high fashion labels to more affordable alternatives and a very active nightlife, this is an area not to be missed. Iconic shops such as Macy’s and Saks Fifth Avenue can be found here.

Just like any other major city, no trip is complete without a taste of the local delicacy. San Francisco is as famous for its food as it is for its bridge with authentic dishes that include clam chowder in a sourdough bread bowl, Dungeness crab, the mission-style burrito and cioppino. The city is also famous for its desserts with a number of ice cream, donut and pastry shops available. 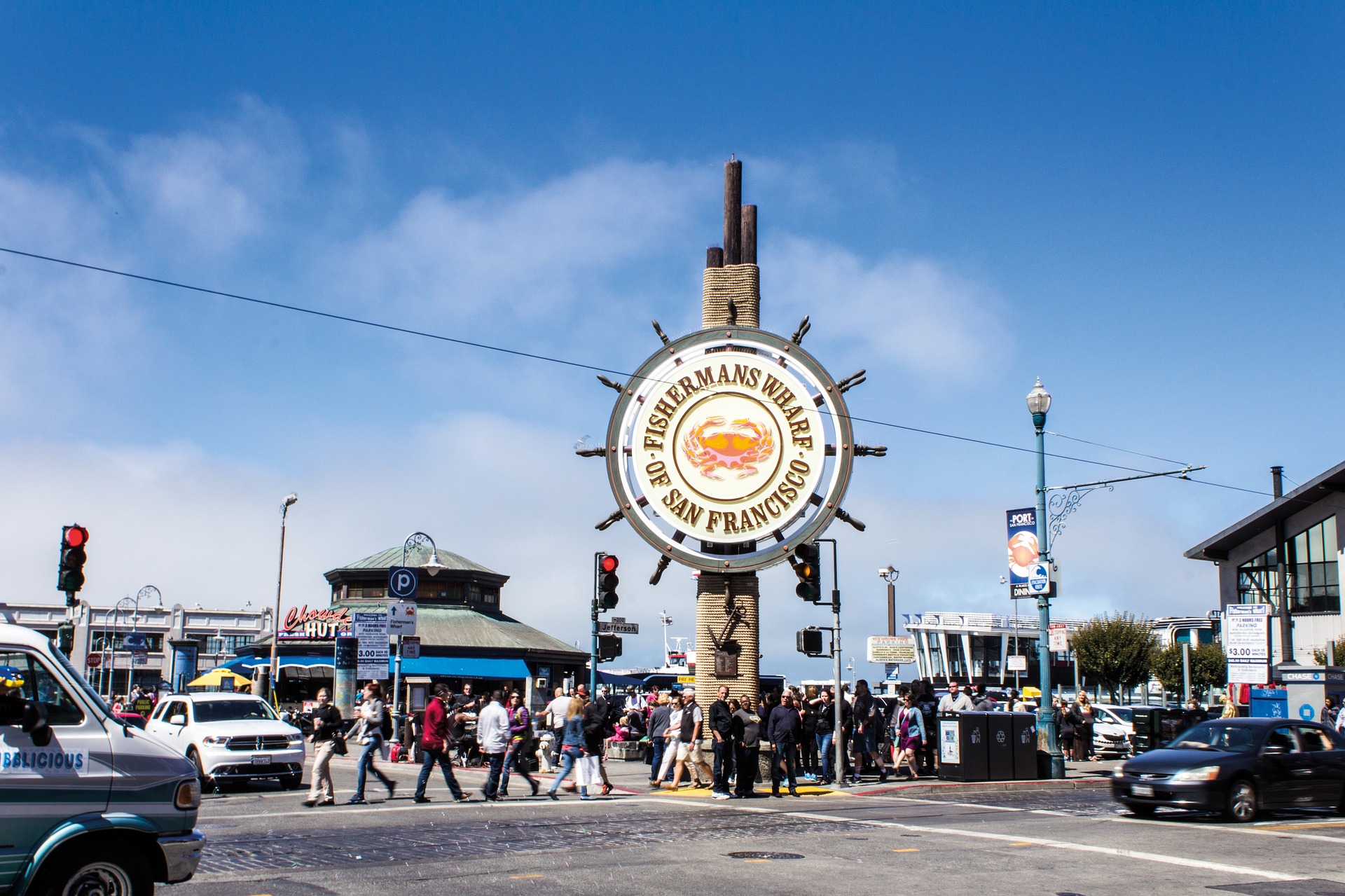 If you would like a more comprehensive guide on all things San Fran, then visit Time Out