Chicago is the 10th top city for Bleisure Travel in 2019

Not just Barack Obama’s adopted hometown - Chicago is home to 11 of the top Fortune 500 companies (including McDonalds and Boeing) with their headquarters located in the city. The third largest city in the U.S, it has a strong, global economy that rivals that of many countries with its innovative and thriving tech scene. A diverse city that is full of culture, Chicago is home to approximately 60 museums, 200 art galleries and more than 250 theatres, making it the perfect destination for combining business and leisure travel in 2019. So if you’re travelling to Chicago, and have some time on the side for a bit of leisure, let Selective Travel Management guide you on the Windy City…

Voted the top attraction in the city, the Art Institute of Chicago hosts the largest collection of Impressionist and Post-impressionist paintings outside of Paris. Visitors to the museum can ‘travel the globe’ with galleries exhibiting the art of Ancient Greece, Japan, Africa and the Americas. Other popular museums include the Museum of Science and Industry, which has 14 acres of hands-on exhibits including a 40ft tornado and a human-sized hamster wheel; and the Field Museum which features SUE the world’s most complete Tyrannosaurus Rex and Maximo the Titanosaur, the largest dinosaur known to man.

Chicago is known globally for its modern and unique architecture and there is no better place to discover this than in Millennium Park. Featuring one of the city’s most recognisable and iconic landmarks, Cloud Gate, the park also has a Ferris wheel, outdoor music pavilion and an ice skating rink.

3. Views over the city

Previously the tallest building in the Western Hemisphere, until New York’s One World Trade Centre was built in 2014, visitors to the Skydeck at Willis Tower can step out onto The Ledge at 1,353ft – an all glass balcony extending 4.3ft outside the skyscraper with panoramic views spanning over 50 miles and 4 states. For an even more exhilarating experience, the 360° Chicago observation tower at the John Hancock Centre features Chicago’s highest thrill ride – TILT – a giant moving platform that literally tilts visitors over the edge of the building. Not for the faint hearted!

Located on Lake Michigan and best known for its St. Patrick’s Day celebrations with green beer and a green river, Navy Pier is the place where locals and tourists alike have been coming together since 1955 to experience what Chicago has to offer. With everything from rides, restaurants, parks and promenades, to dining cruises, tour boats, shopping and more, there is sure to be something to suit everyone at the pier.

The second oldest ballpark in Major League Baseball, Wrigley Park was built in 1914 and is home to the Chicago Cubs. Watch a baseball game or go on a behind-the-scenes tour of the historic ballpark with the opportunity to take a photo in front of the iconic ivy wall.

If you want to live life like a true Chicagoan, then why not hop on the Chicago Transit Authority (CTA) rapid transit system. Nicknamed the Chicago ‘L’ (short for elevated), the downtown area of the city (known as ‘the loop’) is characterised by the encircled elevated train tracks, which were the first of its kind in the U.S. It is the second busiest public transportation system in the country with 1.6m rides taken on an average weekday.

7. Visit the Zoo or Aquarium

Lincoln Park Zoo is one of the oldest and last free-admission zoos in the U.S. From big cats to a polar bear and 1,100 animals from 200 different species, this is an experience not to be missed. Highlights include The Great Ape House which has one of the best displays of gorillas and chimpanzees in the world. Located on Lake Michigan, Shedd Aquarium, once the world’s largest indoor aquarium facility, houses approx. 32,000 animals with everything from beluga whales, giant octopus and dolphins, to sharks, sea lions and a green sea turtle.

8. Go to the Theatre

Known globally for its love of the arts, Chicago has a range of different theatres and shows to choose from. The Chicago Theatre is a national landmark with its iconic signage that has appeared across film & TV as well as its 3,600 seating capacity that is spread over seven stories. Check Time Out for the shows that are currently showing across the theatres.

9. Walk along the Magnificent Mile

Take a stroll along ‘one of the great avenues of the world’ and discover what the Magnificent Mile has to offer. As one of the top 10 hospitality, dining and retail destinations in the world, you can experience endless shopping, international cuisine, top rated hotels, lively entertainment and majestic architecture. With more than 460 stores, 275 restaurants, 60 hotels and various entertainment and attractions, there is sure to be something to suit those of all budgets.

Home to the deep dish pizza and the Twinkie, Chicago is a foodie haven and has a number of glorious dishes for you to sink your teeth into. With the city being the pizza capital of the world (CN Traveler), this tantalising treat is a must for a true taste of Chicago. Recommended pizza restaurants include Pizzeria Uno (where deep dish pizza was created) and Lou Malnati’s. Other local cuisine to try includes Chicago style hot dogs, Italian beef sandwiches, Garrett Popcorn, the original rainbow cone and buttermilk donut. Delicious. 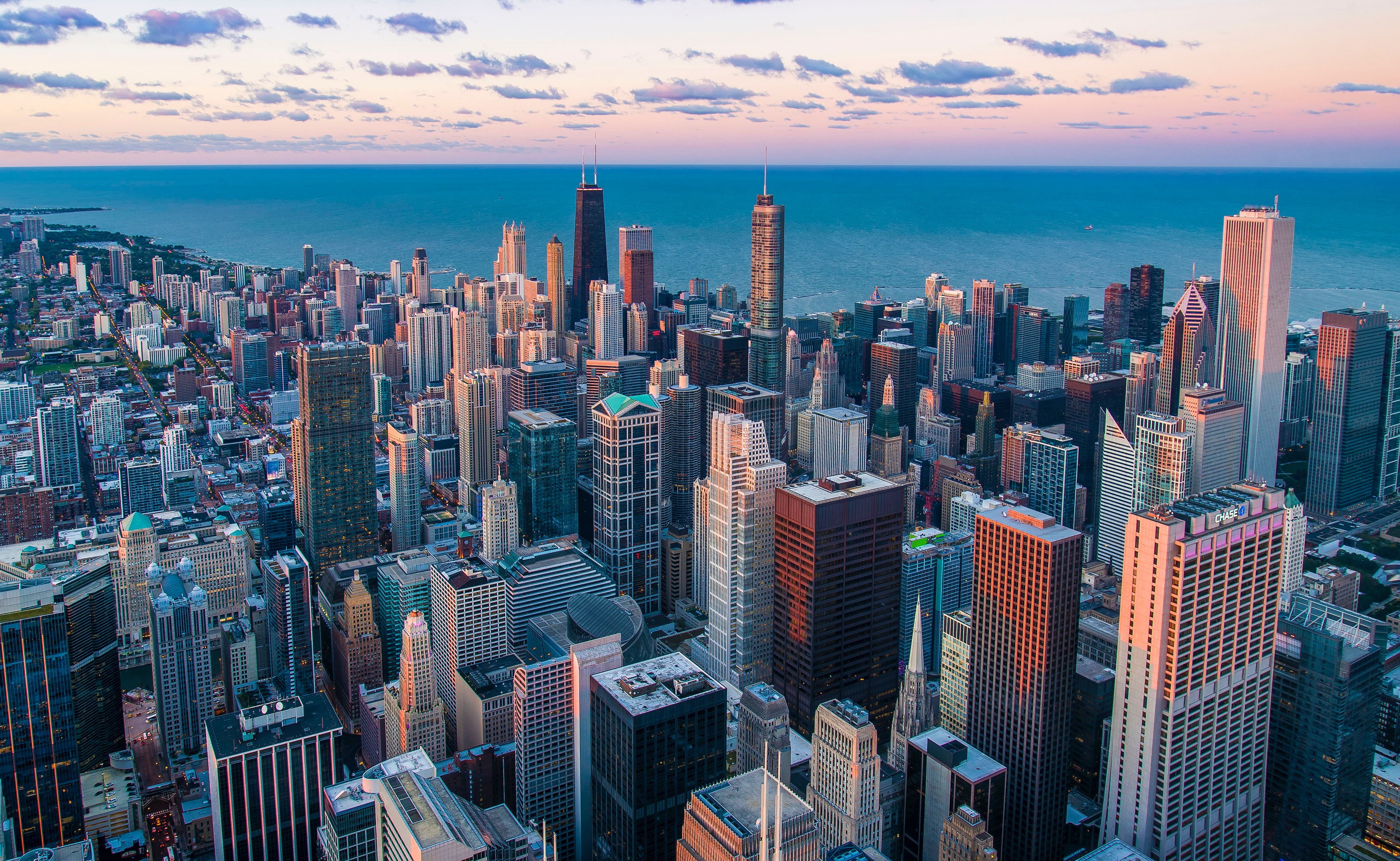 If you would like a more comprehensive guide on all things Chicago, then visit Time Out